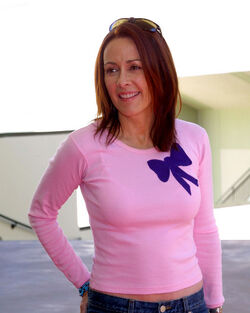 Patricia Helen Heaton (born March 4, 1958) is an American actress, producer and singer who portrays Frankie Heck in The Middle.

She is also best known for portraying as Debra Boone in Everybody Loves Raymond. She appeared in other shows such as Matlock, Party of Five and The King of Queens.

Retrieved from "https://themiddle.fandom.com/wiki/Patricia_Heaton?oldid=8737"
Community content is available under CC-BY-SA unless otherwise noted.