Average Rules is the twenty-fourth episode of season one, and last episode of the season.

At Brick's year-end parent-teacher conference, Frankie and Mike find out that he might be held back because of 31 not returned library books. Meanwhile, Axl takes an aptitude test and it reveals that he is academically gifted and Frankie stands up for Sue when none of her teachers acknowledge that she is in their classes.

The school year is coming to an end. It’s time to sign yearbooks, study for finals and return any past due library books. The Heck kids are up for all but three of those activities.

At a parent-teacher conference, Frankie and Mike learn that Axl’s aptitude test shows he’s academically gifted, though his grades indicate otherwise. His teacher says, “We rarely see this kind of gap between achievement and aptitude except in families where at least one of the parents is in prison.” Axl’s parents want him to start living up to his potential. That means he needs to stop using his history book as a plate and actually read what’s inside.

The school yearbook doesn’t feature a single picture of Sue, though there does appear to be a nice shot of her shoe. That’s good enough for Sue, but it has Frankie feeling that her daughter has become so accustomed to failure that it doesn’t even faze her anymore. She persuades the school principal to establish a “no cut” policy for the cross country team. An ecstatic Sue says, “I love cross country! That’s running, right?”

The school librarian, Mrs. Nethercott (guest star Betty White), is invoking statue 482B of the school code. This would keep Brick from moving on to the third grade unless he returns 31 missing library books, which Mrs. Nethercott considers her babies. No third grade means no fractions, no cursive and no field trips to an Amish farm. Mrs. Nethercott warns, “You think you can make it out in the real world without cursive? You can’t.” Brick must return all overdue books by Walt Whitman’s birthday. Holy Leaves of Grass, Brickman!”

Brick does a hard-target search of the house to round up all fugitive library books. Mrs. Nethercott says he’s still one reference book shy of his goal. He has until Sir Arthur Conan Doyle’s birthday to find a missing atlas otherwise he’ll be getting a second run at second grade. Mrs. Nethercott is shocked when Brick shows up with the missing atlas in hand. Well, it wasn’t the missing atlas. He checked the same book out of the municipal library and returned it to the school library. Yep, that kid is way too smart to stay in second grade.

Even though he’s gifted, Axl can’t seem to get into his schoolwork. Mike says, “All right, I taught you how to burp the alphabet; I guess I can teach you how to study.” Mike and Axl pull an all-night study session only to get an early morning wakeup call from a noisy blender. Sue is making a power drink before heading out for her first training run where she’s hit by a deer. Yes, you read that right. Sue didn’t hit a deer. She was hit by a deer.

Even after all that studying, Axl is still not living up to the standards set by his aptitude test score. That’s because the score wasn’t from his test. A clerical mix-up substituted his score with the one by the smart kid who sits behind him in class. Axl is psyched to get back to operating at utterly average capacity.

Sue’s deer accident has put her in crutches. The doctor says she’ll be fine by August when the track season starts, but that doesn’t fly with the coach. He refuses to give her a jersey unless she makes it around the track five times. Sue gets angry, not because the coach won’t let her on the team, but because he doesn’t know who she is. She exclaims, “I am Sue Heck. And I had you for math last year!” She abruptly hobbles out of the office.

Yes, Sue is as mad as a Heck can get and not gonna take it anymore. Frankie gets a call saying that her daughter is slowly making her way around the school track, crutches and all. By the time the family arrives, Sue has completed four laps. She only has to go around the track one more time to make the team. A crowd gathers at the finish line. Chants of “Barb, Barb, Barb” fill the air until Frankie tells everyone that this courageous crutch-clutching runner’s name is Sue. Sue Heck! CUE THE INSPIRATIONAL CHARIOTS OF FIRE MUSIC!

Not even a sudden hailstorm, a dirt spewing tractor or two collapsing crutches can stop Sue from crawling across that finish line. As her family embraces her amidst a hail of cheers, not to mention a hail of hail, the coach tosses Sue her new track jersey. She did it! Sue made the “no cut” track team. Frankie couldn’t be more proud. This may be the greatest moment in Orson sports history and a great way to kick off the summer. Catch you in The Middle in the fall! 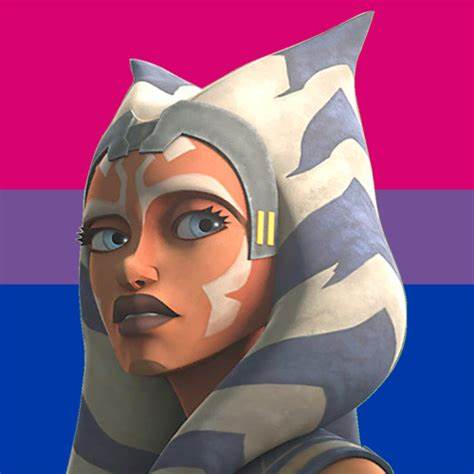